For the first time in Canada, Toyota will offer the 4Runner TRD Pro. In the process, the Japanese manufacturer is taking an already very capable vehicle and making it even more rugged and ready for whatever road you throw at it. The TRD Pro is just one version that we will see on the 2017 4Runner model line-up, and it will be available with a new TRD OFF-ROAD package which can take it even further. 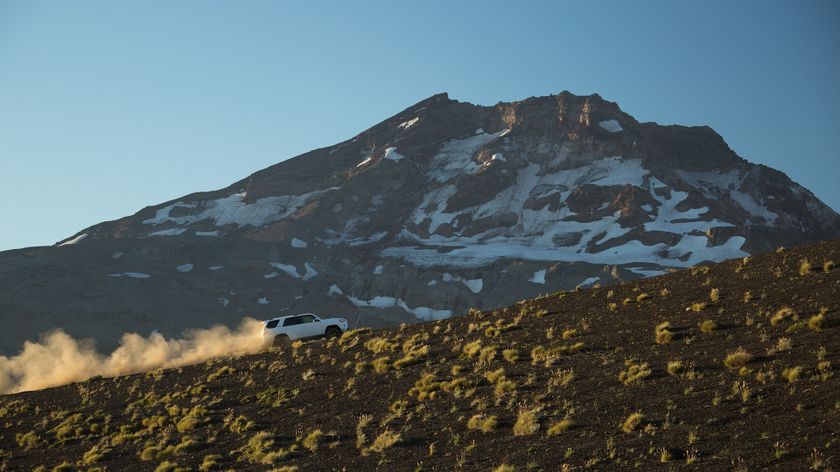 “The 4Runner is an authentic, body-on-frame SUV that already has a solid and well-deserved global reputation as a truck that can tackle just about any terrain on the planet – and with the enhancements included on the TRD Pro edition, it’s ready to conquer the rest,” said Cyril Dimitris, Vice President, Toyota Canada Inc. “We’re pleased to offer Canadians this true off-road warrior as part of our expanded TRD Pro series, which also includes the Tundra and Tacoma pick-up trucks. The 2017 4Runner TRD Pro combines rugged performance upgrades with styling to match its awesome capabilities.”

The 2017 Toyota TRD features plenty of features including TRD-tuned front springs, TRD Bilstein high-performance shocks, 31.5” Nitto Terra Grappler all-terrain tires wrapped around 17-inch matte black aluminum wheels, and plenty of other TRD-themed features inside including a special shift knob, badging, and aluminum skid plates.
The OFF-ROAD packlage adds 4-wheel crawl mode, lever-type 4WD selector, multi-terrain select system, and a lot more. The 2017 Toyota 4Runner will be powered by a 4.0L V6 engine that delivers 270 horsepower and 278 lb-ft of torque. The engine is paired with a five-speed automatic transmission and allows the 4Runner to tow up to 5,000 lb.
To learn more about the 2017 Toyota 4Runner, contact us today at Newmarket Toyota.